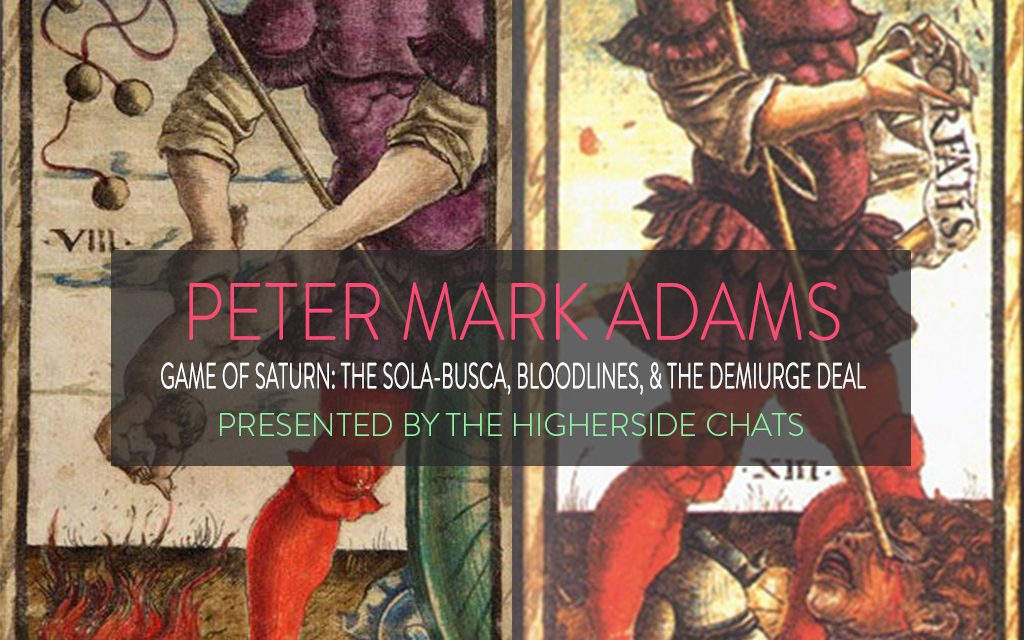 Join host, Greg Carlwood, of The Higherside Chats as he talks the Sola-Busca Tarocchi, elite bloodlines, magic, and deals with the Demiurge with guest, Peter Mark Adams.
For centuries, stories and rumors involving the elite’s use of ritual magic have been swirling. From a fascination with occult arts and securing power through magic, to preserving bloodlines with selective breeding and reptilian origins, each new wave of hearsay can make it feel like we are drowning in the conspirasea.
And, with only small bread crumbs and strange symbolism left to analyze, we are understandably left with the nagging notion that things are not exactly as they seem.
Fortunately one of those breadcrumbs has broken free of it’s closely guarded exclusive chain of custody to find itself on display in Milan. This aristocratic, Renaissance heirloom, dubbed the Sola Busca Tarocchi, contains aspects of some of conspiracy’s darkest claims and acts as an elite grimoire illuminating the Cult of Saturn.
But, today’s guest, Peter Mark Adams, an esoteric scholar of the Sola Busca Tarocchi and occult symbolism decoder, joins The Higherside to shed some light on this deeply encoded tarot deck of unknown origins that was carefully crafted and engraved onto metal plates during the late 15th century and depicts some of the most heinous rumored rituals of the elite.
2:30 Diving in head first, Greg and Peter begin the monumental task of unpacking this ancient occult relic. An elaborately illustrated antiquity that shares the basic structure of a tarot deck, the Tarocchi is heavily coded and shrouded in symbolism. Adams details the imagery of the deck and the historical  significance of it’s quality, contents and lack of provenance.
10:42 Greg and Peter provide some historical context surrounding the belief and practice of magic during the Renaissance in Italy when the Tarocchi was assembled. They also discuss the influences and global perspectives found in the deck, including it’s cosmology, metaphysics and ritual use.
22:00 Greg and Peter examine aspects of Gnosticism within the deck. They also discuss the pervasiveness of Saturn throughout the deck and how the creator displayed their wide array of knowledge about theology, mythology, and cosmology.
33:30 Greg and Peter discuss the importance of the d’Este family, their global influence and world view, as well as their influence in this deck. Adams gives his take on curious gaps in the deck’s chain of custody.
44:45 Continuing to follow up with the lineage of the cards, Greg and Peter discuss their current location on display in Milan and the path to get there. They also examine the continuity of elite power and their long held occult beliefs as well as Plato’s philosophical impact.
55:00 Peter continues discussing the impact of different theologies, and offers insight from his experiences as an energy healer.
Become a Plus Member at www.TheHighersideChatsPlus.com/subscribe to hear a second hour of all THC episodes. This week’s included:
– the Trump cards and why the point to Northern Africa

– the mysteries of the suit cards

– the deck’s codes and levels of encryption

– the science of the homunculus

– the details of the card refereeing human sacrifice

– Troy, realm of the serpent-born

– the importance of positive polarity

A few valuable resources from the interview:
– Peter Mark Adams on Runesoup: https://runesoup.com/2017/04/talking-the-game-of-saturn-with-peter-mark-adams/
– Michael Psellus’ recovered Chaldean Oracles-  Text, Translation and Commentary: https://books.google.com/books?id=Ow0VAAAAIAAJ&pg=PA3&lpg=PA3&dq=michael+psellus+chaldean+oracles&source=bl&ots=4_Y0C7ilod&sig=7YDPmym52xeMMf82ueIjsdicPj8&hl=en&sa=X&ved=0ahUKEwjliYL68pbXAhVRImMKHXQVCKQQ6AEIVzAH#v=onepage&q=michael%20psellus%20chaldean%20oracles&f=false
– “In Darkness and Secrecy” by Whitehead and Wright: https://www.amazon.com/Darkness-Secrecy-Anthropology-Witchcraft-Amazonia/dp/0822333457
-Plato’s ” The First Alcibiades”: https://ebooks.adelaide.edu.au/p/plato/p71al/
– “History of Sola Busca Tarot”: https://solabuscatarot1998mayer.wordpress.com/history-of-sola-busca-tarot-2/
Want more Peter Mark Adams?
Check out his book “The Game of Saturn” published by Scarlet Imprint:
https://scarletimprint.com/2016/09/forthcoming-the-game-of-saturn/
His website:
http://www.petermarkadams.com/
Find him on Twitter:
https://twitter.com/petermarkadams?lang=en
Or Facebook:
https://www.facebook.com/petermarkadams
Want to hear more THC?
Become a plus member and gain access to the additional hour as well as the THC forums at:
http://www.thehighersidechatsplus.com/subscribe/
If you want to stay connected to The Higherside Chats, join us on social media:
Facebook:
https://www.facebook.com/TheHighersideChatsPodcast/
Twitter:
https://twitter.com/HighersideChats
Youtube:
https://www.youtube.com/user/TheHighersideChats/
Reddit:
https://reddit.com/r/highersidechats/
Review us on iTunes:
https://itunes.apple.com/podcast/id419458838?mt
And be sure to check out The Higherside Clothing:
https://thehighersideclothing.com
Source: https://www.thehighersidechats.com/peter-mark-adams-game-of-saturn 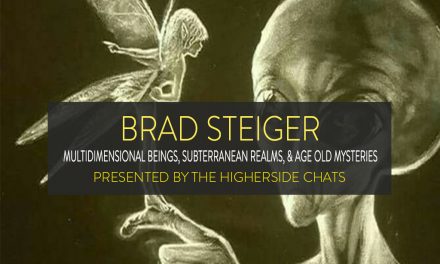 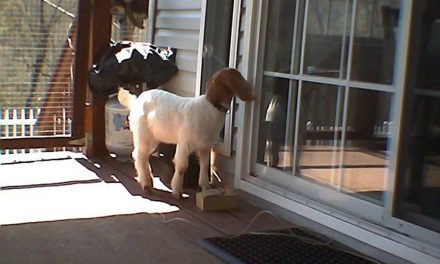 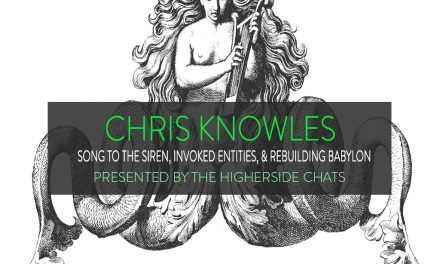 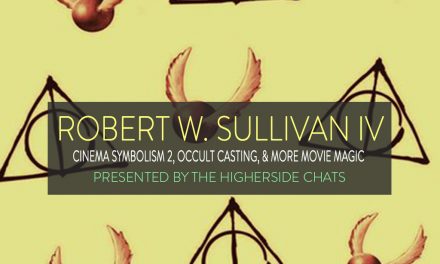