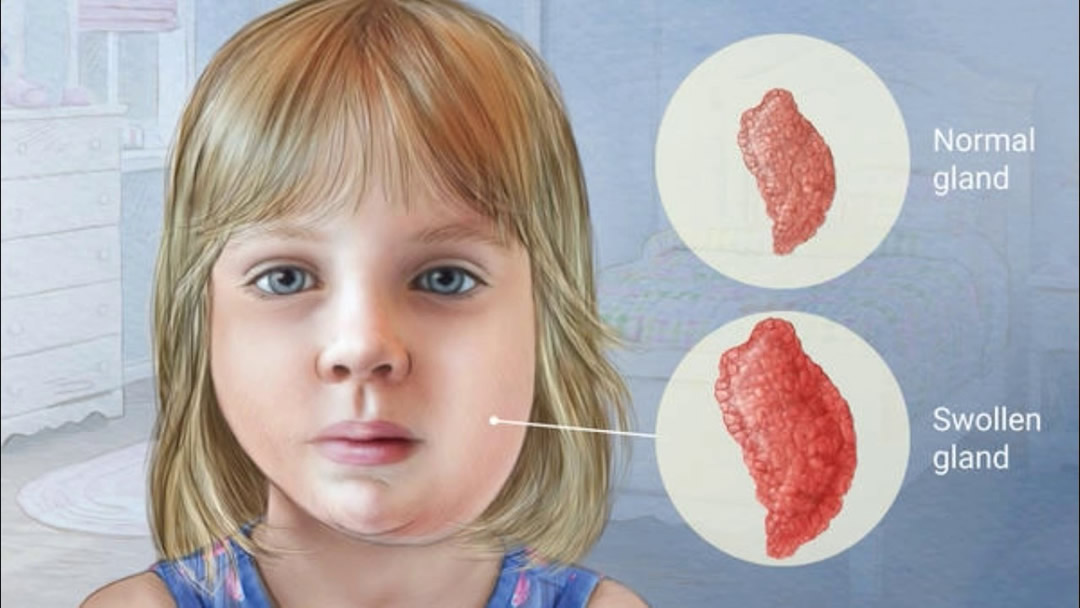 (Natural News) The New York Times is now confirming that Natural News has been right all along about the real cause of mumps outbreaks in America. In a bombshell article entitled, “Mumps Makes a Comeback, Even Among the Vaccinated,” the NYT admits that vaccinated children are spreading mumps. Via the NYT: (bolding added).

Most of the recent cases occurred in outbreaks, including a large one in Arkansas, rather than as a sporadic here-a-case, there-a-case disease. And most of the outbreaks were among people 18 to 22 years old, most of whom had had the requisite two doses of mumps vaccine in childhood. “We are seeing it in a young and highly vaccinated population,” Dr. Routh said.

Natural News, of course, has repeatedly warned that mumps outbreaks occur predominantly among children who have been vaccinated against mumps, thereby proving that mumps vaccines don’t work. This realization is fully aligned with the shocking science discovery publicized last week that solved the riddle of why flu shots don’t work, too.

Even before that, Natural News has been trailblazing truth-based journalism on the topic of vaccines with all the following stories that further support what the New York Times has only now discovered… that mumps vaccines don’t work. Some of the stories we’ve published over the last decade include:

Mumps stupidity: After vaccines fail to stop mumps outbreaks, brain dead journalists call for a THIRD round of injections… Soon it will be a fourth!
Measles outbreak likely caused by vaccinated children, science shows
85% of measles outbreak victims already received vaccinations
Soccer star gets mumps after being vaccinated with Merck’s fraudulent MMR vaccine
Mumps outbreak spreads among people who got vaccinated against mumps
Forty people contract mumps at Harvard … all were vaccinated … mumps vaccines based on scientific fraud
Once again, the news you read on Natural News five or ten years ago is now today’s news in the New York Times. (If you want to stay 5 – 10 years ahead of the game, read Natural News daily.)

Pathetically (and predictably), the New York Times is pushing the same old quackery the vaccine industry has historically invoked to try to cover up the fact that their products were only approved based on systematic scientific fraud (see below for details). Essentially, they’re all claiming that the way to stop vaccinated people from spreading mumps is to vaccinate them over and over again with the same vaccine that didn’t work the first time.

Via the NYT: (bolding added)

Dr. Patricia Quinlisk, the medical director and state epidemiologist for the Iowa Department of Public Health, dealt with an outbreak at the University of Iowa and surrounding area in 2015 to 2016 of more than 450 cases of mumps. The students involved had all had their childhood M.M.R. shots, she said, as required by the university, and the decision was made to hold a series of clinics offering a third dose of vaccine.

Indeed, when the first round of mumps vaccine quackery doesn’t work, the answer from the corrupt and scientifically inept vaccine industry is to push a second vaccine, a third vaccine and soon even a fourth mumps vaccine. This, we are told, will magically make them work if we only have ourselves injected enough times.

Mumps vaccines, in other words, generate their own repeat business by not working. This would be the equivalent in the car industry of a car dealer selling you a lemon vehicle that breaks down on the highway, then claiming you need to buy a second or third vehicle to “reinforce” the first car you bought, because that first car was a total piece of junk. In no other industry, by the way, are people so frequently pushed to buy and consume failed products based on such obvious quackery and junk science.

Remember, too, that the whole idea of immunization is that once your body is exposed to the virus, it builds antibodies for life. But in an attempt to explain why mumps vaccines don’t work, the vaccine industry has fabricated a whole new concept rooted in complete fiction: The idea that vaccines “wear off” and need to be repeated over and over again to make sure they “stick.” This anti-science bunk is, of course, peddled for the sole purpose of selling more vaccines even when they don’t really work as claimed.

The real reason why vaccinated people keep spreading the mumps, of course, is because the mumps vaccine is a complete fraud. This fact has been openly admitted by two virologists who worked for Merck, one of the largest manufacturers of the MMR vaccine. As detailed in the Natural News article, “Merck vaccine fraud exposed by two Merck virologists; company faked mumps vaccine efficacy results for over a decade, says lawsuit“:

According to two Merck scientists who filed a False Claims Act complaint in 2010 — a complaint which has just now been unsealed — vaccine manufacturer Merck knowingly falsified its mumps vaccine test data, spiked blood samples with animal antibodies, sold a vaccine that actually promoted mumps and measles outbreaks, and ripped off governments and consumers who bought the vaccine thinking it was “95% effective.”

From the Natural News story:

According to Stephen Krahling and Joan Wlochowski, both former Merck virologists, the Merck company engaged in all the following behavior:

• In order to do this, Merck spiked the blood test with animal antibodies in order to artificially inflate the appearance of immune system antibodies. As reported in CourthouseNews.com:

Merck also added animal antibodies to blood samples to achieve more favorable test results, though it knew that the human immune system would never produce such antibodies, and that the antibodies created a laboratory testing scenario that “did not in any way correspond to, correlate with, or represent real life … virus neutralization in vaccinated people,” according to the complaint.(http://www.courthousenews.com/2012/06/27/478…)

• Merck then used the falsified trial results to swindle the U.S. government out of “hundreds of millions of dollars for a vaccine that does not provide adequate immunization.”

• Merck’s vaccine fraud has actually contributed to the continuation of mumps across America, causing more children to become infected with mumps. (Gee, really? This is what NaturalNews has been reporting for years… vaccines are actually formulated to keep the outbreaks going because it’s great for repeat business!)

• The Merck vaccine fraud has been going on since the late 1990’s, say the Merck virologists.

• Testing of Merck’s vaccine was never done against “real-world” mumps viruses in the wild. Instead, test results were simply falsified to achieve the desired outcome.

• This entire fraud took place “with the knowledge, authority and approval of Merck’s senior management.”

• Merck scientists “witnessed firsthand the improper testing and data falsification in which Merck engaged to artificially inflate the vaccine’s efficacy findings,” according to court documents (see below).

Following the unsealing of this 2010 False Claims Act, Chatom Primary Care, based in Alabama, smelled something rotten. Three days ago, Chatom filed a lawsuit against Merck. That lawsuit record is available here.

It alleges, among other shocking things:

[Merck engaged in] …a decade-long scheme to falsify and misrepresent the true efficacy of its vaccine.

Merck fraudulently represented and continues to falsely represent in its labeling and elsewhere that its Mumps Vaccine has an efficacy rate of 95 percent of higher.

In reality, Merck knows and has taken affirmative steps to conceal — by using improper testing techniques and falsifying test data — that its Mumps Vaccine is, and has been since at least 1999, far less than 95 percent effective.

Merck designed a testing methodology that evaluated its vaccine against a less virulent strain of the mumps virus. After the results failed to yield Merck’s desired efficacy, Merck abandoned the methodology and concealed the study’s findings.

…incorporating the use of animal antibodies to artificially inflate the results…

…the ultimate victims here are the millions of children who every year are being injected with a mumps vaccine that is not providing them with an adequate level of protection. And while this is a disease that, according to the Centers for Disease Control (‘CDC’), was supposed to be eradicated by now, the failure in Merck’s vaccine has allowed this disease to linger, with significant outbreaks continuing to occur.

Chatom Primary Care also alleges that the fraudulent Merck vaccine contributed to the 2006 mumps outbreak in the Midwest, and a 2009 outbreak elsewhere. It says, “there has remained a significant risk of a resurgence of mumps outbreaks…”

Read Vaccines.news to stay years ahead of the mainstream media

What all this proves is that if you really want to stay informed and ahead of the curve on why vaccines fail — and the total science fraud and medical quackery behind them — you need to get your news from independent media sources that aren’t funded by the pharmaceutical industry.

Vaccines.news is one of the best sources on the ‘net to get accurate, honest information that keeps you informed about vaccines. We also cover disease outbreaks at Outbreak.news. 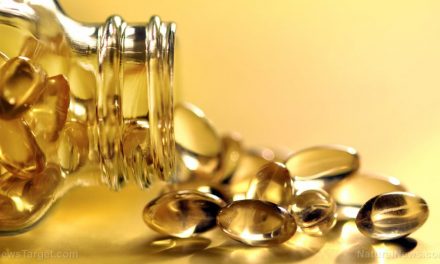